Mimicry is the highest form of flattery and that can be interpreted in a variety of different ways. Take this beautiful hillside retreat from Bainbridge Island for instance. In the past this waterfront property used to be occupied by a mid-century house and a cabin which were just a few feet apart from each other. In 2015 studio Coates Design worked on redeveloping these two structures and creating a big family retreat.

The architects and the owners agreed that the existing topography of the site should be preserved so the new structures were built on the existing footprint. This meant minimal disturbance on the site which was a wise decision considering how steep the slope is. Another important decision was to integrate some elements from nature into the new design. This includes details such as the wood grain tiles from the master bathroom but more importantly the stone wall which divides the public and the private spaces.

Maximizing the views and the relationship that the house has with its surroundings was also important. For that reason, the architects included in their design elements such as large bi-fold doors, corner and clerestory windows, skylights and a green roof. These features help to bring the outdoors in and allow the interior spaces to better take advantage of this wonderful location and everything that comes with it. 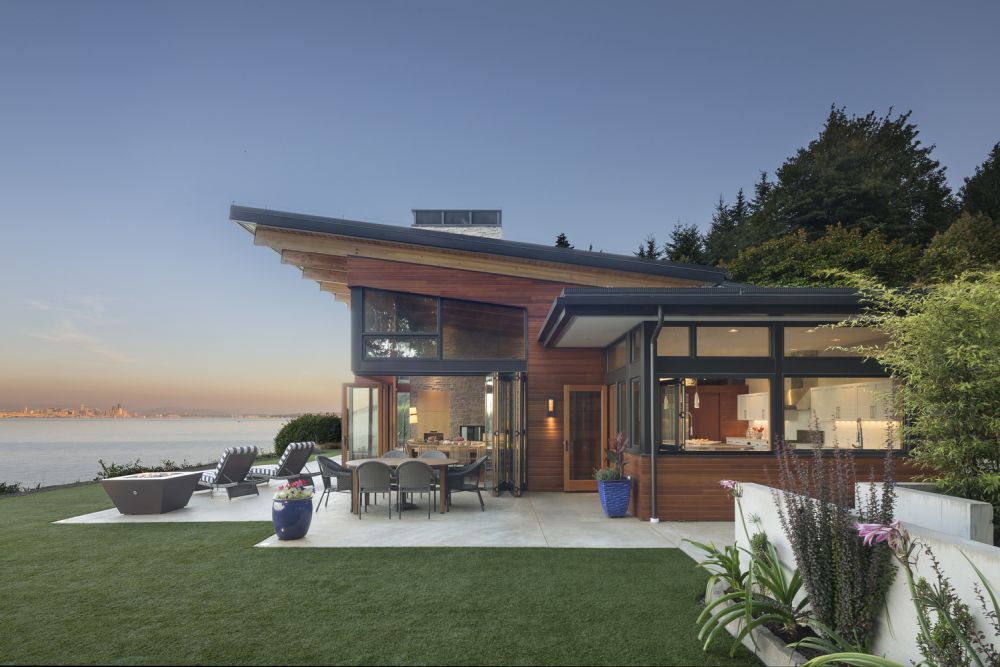