One thing that is very important when building a house is getting good insulation. The insulation should be able to keep houses energy-efficient and help stop the spread of fire should one get started in the house. 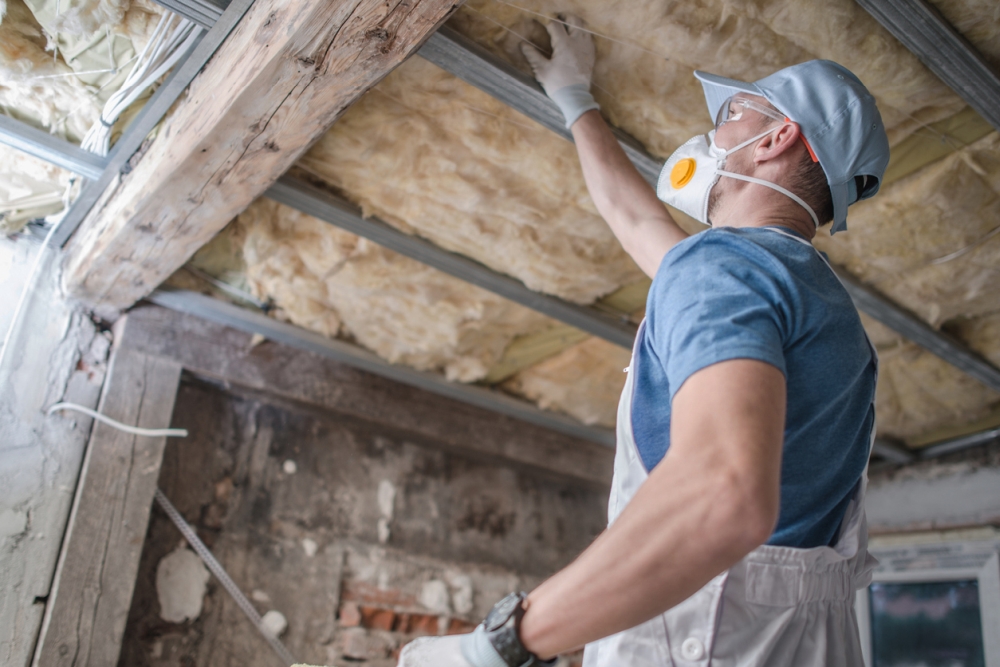 Fireproof insulation is crucial for a safe house. Today, most insulation is fireproof, but ensuring that yours is as fireproof as you want it to be is important for your own peace of mind. Here’s what you need to know.

The term “fireproof” gets thrown around a lot by companies and individuals. But with fire being one of the most destructive substances known to man, with water beating it out, is anything really fireproof?

When something is labeled fireproof it insinuated that the material cannot catch on fire, cannot melt, and cannot be affected negatively by fire. But that simply isn’t the case, especially with fireproof insulation. 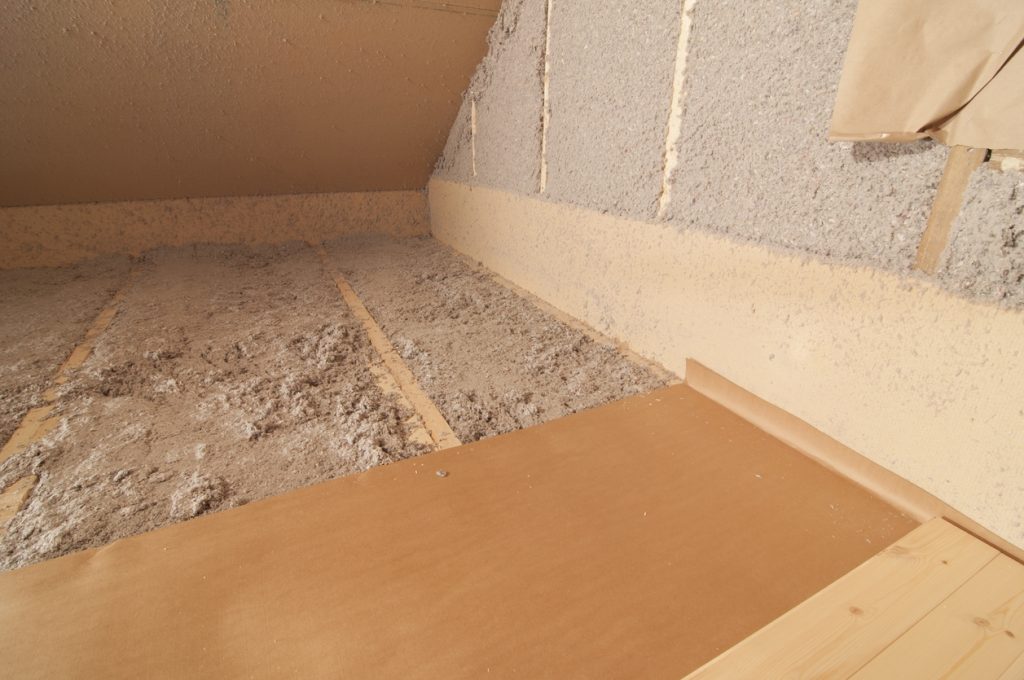 Because with enough heat and a long enough fire, anything will be negatively affected, even fireproof insulation. However, some insulation is called fireproof while others is called fire-resistant. The two are quite different.

What Is Fire Retardant?

Fire retardants are normally sprayed on fire that is already burning to help make them smaller or even stop them completely. They aren’t often used in houses as they are made of chemicals that can be harmful to humans. 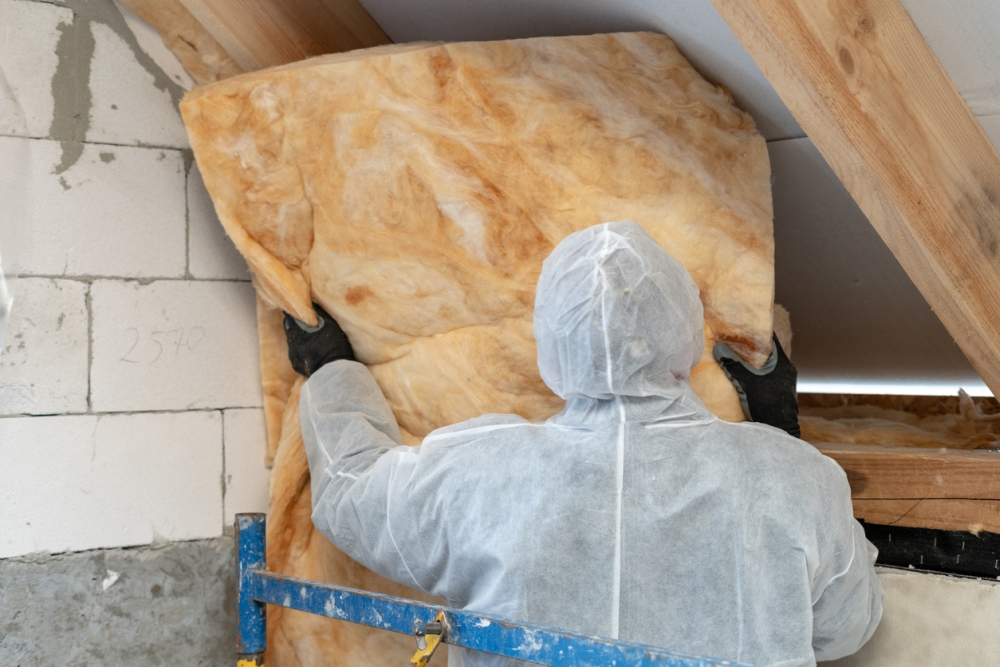 However, one of the first naturally fire-resistant materials used in insulation was wool. While wool can catch on fire, it won’t keep a fire. Instead, it will dissipate fairly quickly. Here are other types of fireproof insulation.

Fiberglass is melted glass that is spun to resemble cotton candy. Though fiberglass won’t burn, it is often packed in a paper that will burn quickly. However, more and more coverings for fiberglass are made with flame-resistant material.

Fiberglass isn’t exactly fireproof but it would be difficult to get a fire hot enough to melt it. It begins to soften at 1500°F and melts near 2050°F. Most house fires never reach 1000°F which is why fiberglass is considered fireproof.

Mineral wool is recycled from iron or rock from a blast furnace. It is noncombustible and works well as insulation. Another name for mineral wool is slag wool because it is often made from furnace slag.

Most mineral wool, depending on what type of mineral it is made from, can withstand temperatures of up to 2000°F so it is fireproof when exposed to house fires. So using it is just as good as using something that can withstand 5000°F.

Fibrous mats are made using asbestos. It is very fire-resistant although it does pose serious health risks. It isn’t recommended to use asbestos anymore and it has been taken off the market, only found in old homes.

Asbestos was first used because it was one of the cheapest materials that worked as insulation. It also worked well in homes because it could reach 1600°F without melting. Though after that temperature, it will begin to melt.

Foam insulation is made of cellulose which is a material harvested from recycled newspaper. The paper isn’t fire-resistant but chemicals are added to help it become fire-resistant. It is often used due to the cheap price.

Today, it isn’t recommended because it can ignite at 300°F. This is a much lower temperature than other insulations so most people steer clear of it, especially inside the house. Though it can be used in other buildings.

Related: How To Choose The Best Carbon Monoxide Alarm For Your Home

Cementitious insulation is made with cement and usually sprayed on walls. Because it is made of cement, it is rather fire-resistant and much stronger than most other insulations. But it isn’t always best for a fire.

Most walls can be punctured in case of an emergency but insulation made with cement cannot. Not to mention, it is combustible, so after a certain temperature, it can explode, which can be even more dangerous than fire.

A lot of people are wary of exposed insulation and fire-resistant insulation as opposed to fireproof insulation. However, insulation fires only make up around .5% of house fires. Here are the real causes.

How It Happens: anyone that watched the This Is Us housefire episode knows that leaving an electrical appliance plugged in is dangerous. But so is leaving pots and pans in the oven or on the stove. This is the number one cause of house fires.

How To Prevent It: never leave the kitchen while you are cooking and always keep a fire extinguisher in the kitchen where everyone knows the location. This can be the difference between your house burning down and not.

How It Happens: you set your heater out, someone else moves it, another person throws a towel in the corner where the heater was just moved. It happens all of the time and is a common cause of house fires.

How To Prevent It: keep heaters at least one yard away from everything else and make sure everyone in the house is aware of their locations. If it helps, have one person in charge of the heaters at all times.

How It Happens: you put your cigarette in the ashtray, you fall asleep, the cigarette falls out and catches the carpet on fire. The rest is history. But it doesn’t have to be this way. Indoor smoking doesn’t have to cause fires.

How To Prevent It: the easiest way to prevent fires caused by indoor smoking is to not smoke inside. But if this isn’t an option, then make sure you always dispose of cigarettes properly because this is one of the leading causes of house fire deaths.

How It Happens: a short circuit, problems during a storm, frayed cords the dog has chewed on. There are many reasons that electrical cords and wiring can cause fires, but there are ways to prevent them.

How To Prevent It: while there are some things that you can’t control, there are a few things you can do to help. Make sure all cords are properly sealed at all times, don’t overload adapters or power bricks, and make sure your electrical wires are always updated.

How It Happens: even in this day and age, there are fires started by wax candles. Perhaps, even more, fires as people don’t know how to safely use open flames like they did when they were the main source of light and heat.

How To Prevent It: never leave a room with a candle in it unless someone else is monitoring that candle and don’t leave anything flammable near the candle. It’s really as simple as that with this one.

How It Happens: sounds silly, but kids often start fires when unattended by adults. Sometimes it’s on accident, sometimes it’s on purpose. However, they never intend for it to get out of hand like it sometimes does.

How To Prevent It: there are two things you can do to help prevent fires started by children. The first thing you can do is teach them about fire safety and why it’s dangerous to play with fire. The second thing is to not leave them unattended.

How It Happens: from hotdog roasts to BBQs, fires are often started outside, often on purpose. The problem arises when those fires get out of hand. Often when gas is used by people that don’t know what they’re doing.

How To Prevent It: keep flammable materials away from the fire, always have one responsible adult stay sober to monitor the fires, and never use gas for firestarter unless you have experience doing so.

How It Happens: the main reason that lights, light bulbs, and heat lamps cause fires is because no one thinks that it can happen. Well, it can. So make sure you take preventive measures to keep fires at bay.

How To Prevent It: the first thing you can do is make sure that you keep all flammable materials away from lights of all kinds. You should also unplug or turn off any lights that aren’t in use every day.

How Do I Know If My Insulation Is Fireproof?

There’s not really any other good way to do it as you wouldn’t want to test it yourself. But a professional can get in and out without even leaving a mark. Just make sure you get a binding estimate before they visit to prevent hidden costs.