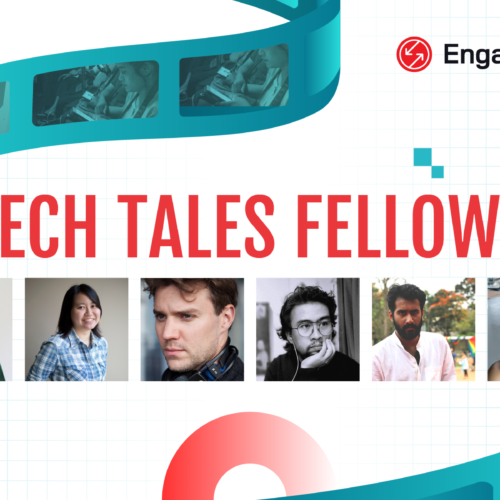 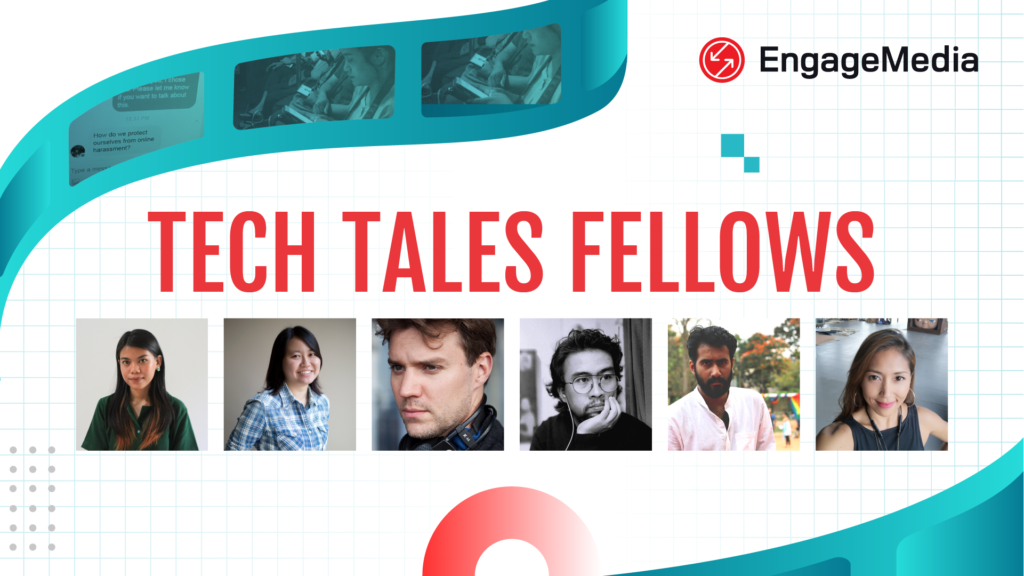 After a competitive selection process with over 100 entries, EngageMedia announces six selected filmmakers from the Asia-Pacific who will produce “Tech Tales”, a collection of films highlighting human rights stories in the digital age. Each fellow will receive up to USD 5,000 towards their films, which together showcase various ways in which online and offline technologies are impacting people’s lives — for better or for worse.

The selected filmmakers are as follows: Annisa Adjam of Indonesia, Chen Yi Wen of Malaysia, David Verbeek of Taiwan, Richard Soriano Legaspi of the Philippines, Varun Kurtkoti of India, and Vijitra Duangdee of Thailand. The filmmakers will be tackling a range of digital rights issues in their work, from online censorship and disinformation, to privacy and digital safety.

“Tech Tales’ basic premise is that there are hardly any films that document and introduce digital rights and digital security issues in the Asia-Pacific region”, said EngageMedia Video Lead King Catoy. “Tech and educational institutions, film festival curators, and civil society and human rights organisations can expect a good selection of films that highlight and explore digital rights issues through engaging stories. With a thoughtful and talented selection of filmmakers directing the stories, we’re very excited about the possibilities”.

The Tech Tales film collection will also comprise a variety of genres, from short documentary and animated shorts, to hybrid narratives and storytelling methods. The collection, set to premiere in August 2021, will ultimately be used for rights campaigns, as well as for advocacy and training tools to increase civil society’s understanding of digital rights. The films will be available to watch on Cinemata, a platform for social and environmental films about the Asia-Pacific. 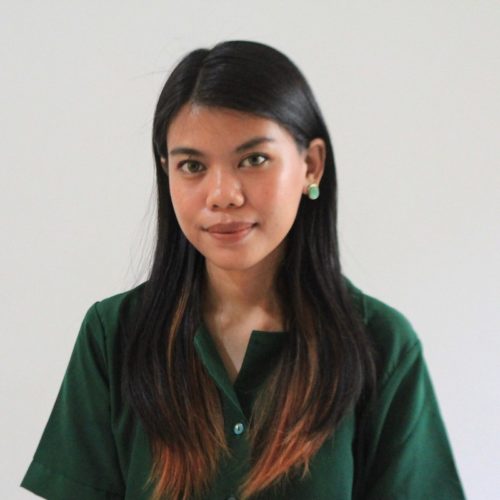 Film Subject: Online Gender-based Violence and the Rise of Non-consensual Sharing of Intimate Images on the Internet

Annisa Adjam is an independent filmmaker based in Indonesia who believes in the value of Filmmaking for Change. She is an alumna of 2019 Kyoto Filmmakers Lab and the 2017 Raindance Directing Foundation. She earned a master’s degree in Filmmaking from Kingston University London. She is currently producing an inclusive feature documentary about Disability-Arts, which was selected for IF/Then South East Asia Lab by Tribeca Film Institute in 2020 and Yamagata Documentary Dojo in 2021. She also received a grant from The Indonesian Ministry of Education for this work. In 2020, She directed a documentary series on women empowerment for Djarum Foundation and produced two short films: West Love (Objectifs Short Film Incubator, Singapore), a film on urban land development, and Two Language and A Sausage, a film on healing from sexual trauma (4th Independent Film Festival of Chennai).

Annisa is a Tech-Arts enthusiast who is passionate about integrating “Cause Cinema” with social impacts. She teaches transmedia storytelling as a part-time lecturer at Multimedia Nusantara University, and has produced a Virtual Reality Documentary film within the Disability issue for Film Festival Dokumenter Jogja and Voice Global in 2019. Previously, she was trained as a VR Technician for Manduruku film exhibition by Greenpeace UK. 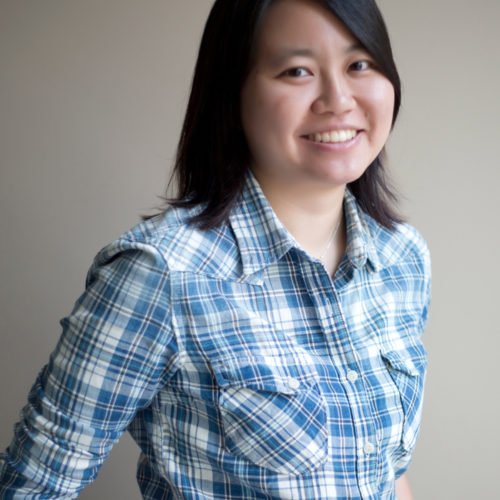 Wen is a Malaysian documentary filmmaker and journalist. In the last decade, she has edited, filmed, wrote, produced, and directed international documentaries for History Channel, Crime and Investigation Network, and Channel News Asia. Her documentary on female circumcision won the 2019 Society of Professional Journalists Award (SOPA) for Excellence in Reporting Women’s Issues. She is also a Pulitzer Center grantee.

Wen is an alumna of IDFAcademy and American Film Showcase. She holds a master’s degree in Creative Media in Film and TV Production from RMIT University. In 2019, her debut feature documentary Eye on the Ball, about Malaysia’s blind football team, premiered in London. Currently, she is working on her second documentary about marginalised communities in Malaysia, Shh…Diam. The project is supported by the Hot Docs CrossCurrents Fund. 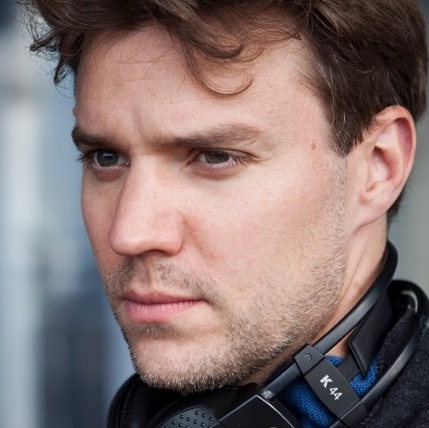 Film Subject: Privacy in the World of Online Dating

David studied film, photography and philosophy at the New School University in New York and graduated in film directing at the Dutch Film Academy in 2005. While studying, he finished his first feature Beat (2004).

In the ten years that followed, he made a total of six international feature films that have granted him international recognition in the world of contemporary art-house cinema. Titles such as Shanghai Trance (2008) went to festivals around the world and had a big release in China, where it was screened in 240 movie theatres in 88 cities. His film Club Zeus, also set in Shanghai and Mandarin spoken, won the Return of the Tiger Award at the International Film Festival Rotterdam. In 2010, his Taiwan set, third feature film R U THERE was selected to the main section of the Cannes film festival, where it was part of that year’s prestigious Un Certain Regard programme. Other titles are How to Describe a Cloud and his latest film Full Contact, which premiered in 2015 as part of the PLATFORM competition at the Toronto International Film Festival.

Next to his cinematic work, Verbeek has been active as a video artist and photographer. His haunting photo series Ghost Month> (2014) was shown in the Museum of Contemporary art in Taipei, Taiwan, where it was shown for two months as a large solo exhibition. Later that year, the series was presented in the UNSEEN photo fair in Amsterdam as well.

His work as a video artist also started in Taiwan, where he made the experimental dance film Immortelle, a ten-minute installation made in cooperation with the famous Cloud Gate group as choreographers. His second video installation is part of the Close-Up exhibition in EYE. Full Contact, the installation version, is a nine-minute installation on two screens simultaneously and compares the alienation of drone warfare with the intimacy of physical fighting. 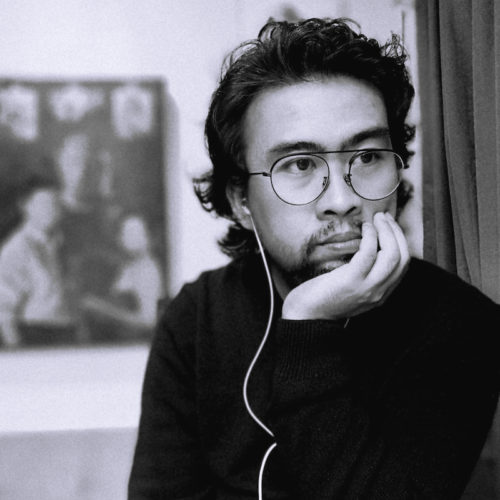 Richard completed his Bachelor of Fine Arts degree at the University of the East, majoring in Advertising Arts. In 2007, he studied filmmaking at the Asian Film Academy in Busan, South Korea. His films have been officially selected in more than 150 international film festivals. Richard received the prestigious UNESCO Laureate artist recognition in 2013 and eventually became a resident artist of the Università Delle Idee in Italy, where he also won the ILLY DESIGN PRIZE – Art for Social Change.

Richard was the first Filipino artist featured in a retrospective of Monsoon Asia Film Festival 2016 in Taiwan. He received the Taiwan prestigious grant in 2018 for ASEAN art visionaries for his documentary project Halfway Home (in development). In 2019 he was selected for a pitching workshop and forum at the Kota Kinabalu International Film Festival for the documentary Place, Displace, and Replace. In 2021, Legaspi will release his new short film, Bakit Ako Sinusundan ng Buwan?, a competitive grant winner of NCCA’s Values Short Film Festival. 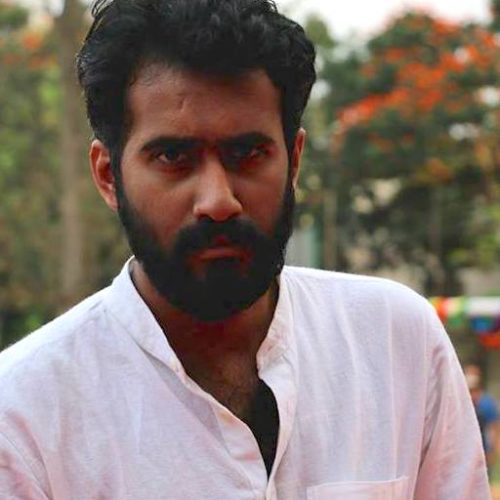 Varun is an interdisciplinary artist, primarily working with visual and aural narratives in a range of media – from animations, illustrations, and paintings, to fiction and documentary films, music videos, stage plays, and music performances.

Varun’s work revolves around individual memory in relation to the collective, the politics of identity, and death. In 2017, he received a National Geographic Young Explorer fellowship for his work with storytellers and Sufi musicians in Kutch. In 2018, he also received a PSBT-Doordarshan Film fellowship for his film Door/Home. The film premiered on Doordarshan’s Open Frame programme, and subsequently has been showcased in numerous film festivals. In 2016, he developed a short play with the Sandbox Collective-Goethe Institute’s Gender-Bender Fellowship 2016.

Varun is the cofounder of Mandali, the student theatre group of Srishti Institute of Art Design and Technology in Bangalore. He also recently obtained a master’s degree in Applied Anthropology and Community Art from Goldsmiths University. 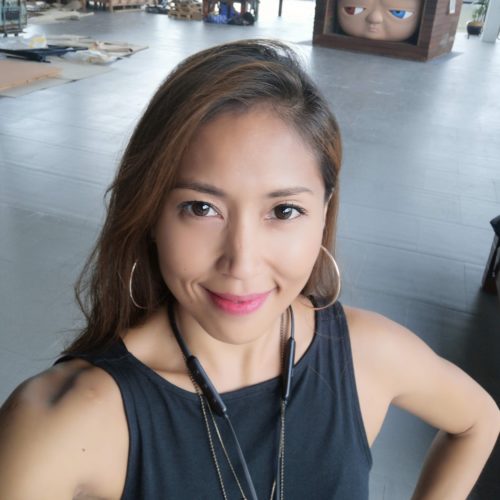 Vijitra is a freelance journalist who regularly produces and reports for AFP, South China Morning Post (SCMP), and Voice of America. Previously, she was a contributor with Thai TV and Reuters TV in Hong Kong.

Vijitra has also worked with SCMP Films on the short films True to Myself and Thailand’s Billionaire Barbie, both of which are about individuals who reflect the modern Thai story and illustrate a variety of social issues pressing the country.