No one wants pests running around their home or digging tunnels in their furniture. It’s not difficult to get rid of ants, but getting rid of wood mites is more similar to getting rid of termites as they both live in wood. 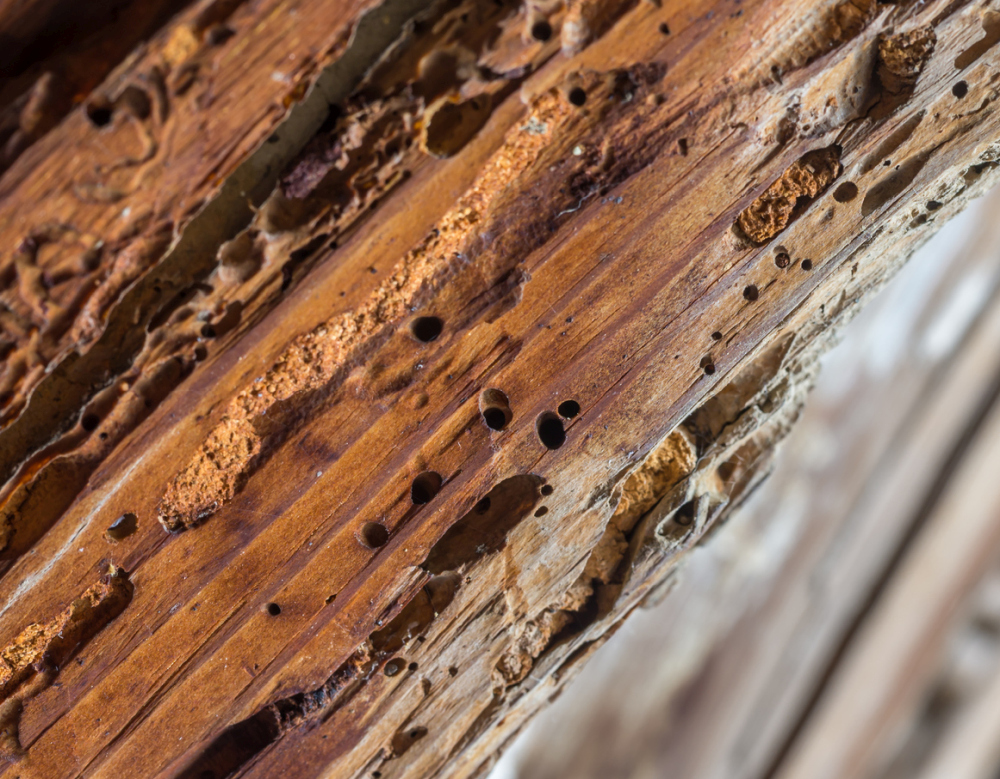 But there are a few key differences that are too drastic to ignore. Termites are very different than wood mites. Wood mites are a unique type of bug that is a lot harder to spot. Here’s what you need to know about them.

What Are Wood Mites?

Wood mites are tiny bugs that prefer to make their homes in damp wood. Most types of “mites” are harmless, so don’t worry if you find that you have them. They are tiny insects that pose no direct threat to your family.

However, it is a good idea to get rid of them as it is possible for them to carry diseases and bacteria that can infect your home. But before you get rid of them, you need to confirm whether you have them or not.

How To Know If You Have Wood Mites

Despite popular belief, wood mites aren’t truly insects at all, but rather arachnids. They are closely related to spiders and have more in common with ticks than most other insects or arachnids. Wood mites even look like ticks.

They are brown or white in color and are usually spotted. These bugs are also translucent. As far as size goes, wood mites are around 0.5 mm in length. But it’s the threads that they produce and leave behind that really give them away.

They look a lot like cobwebs. So if you find “cobwebs” on your wood, then there’s a good chance you have wood mites. You can get it inspected or try to inspect it yourself. Just don’t pay for their removal if you’re not sure they are there.

Where To Look For Wood Mites

Wood mites that are found indoors hide in wood when they aren’t on the way to plants. Ants often leave visible trails, and so do wood mites. You can follow their silken trail and see if they are gathered together at the end.

It’s not just walls and plants they hide in, but also in baseboards, behind electrical plating, near plumbing, or anywhere else that draws moisture. Try looking for paths that they entered the house like holes in the foundation or exterior walls.

How To Seal Wood With Wood Mites

It is possible to seal even the oldest wood to get rid of wood mites and prevent them from coming back. It all starts with heating the wood which will kill the bugs and their larvae. This works best with deconstructed wood.

Note that this should not be done on already constructed buildings as it puts you at a risk for a housefire. Hire a professional if you want to get rid of wood mites in your home that you don’t want to deconstruct.

Heat wood to 140 degrees Fahrenheit. You can do this alone, but it’s best to ask a lumberyard if they offer kiln services. If your wood is already in the form of a building, you can take it down to do this, or try another method.

After heating the wood and letting it cool, you can use a scrub brush to remove excess silken threads and dead bugs. This is a good time to clean the boards anyway, so take advantage of this process.

Next up, get some good sandpaper and sand the boards softly. This is a great idea for salvaged boards anyway because you want to smooth it down as much as possible in case you want to finish them later.

Spray the wood with a borate-based insecticide. You will want to get a liquid version and follow the instructions on the label. You can also buy a powder, but for this project, a spray is much easier to use.

Finally, apply a sealer to prevent further infestations. You can use a varnish followed by a clear sealer for the best results. The wood will then be protected from scratches and look its best. 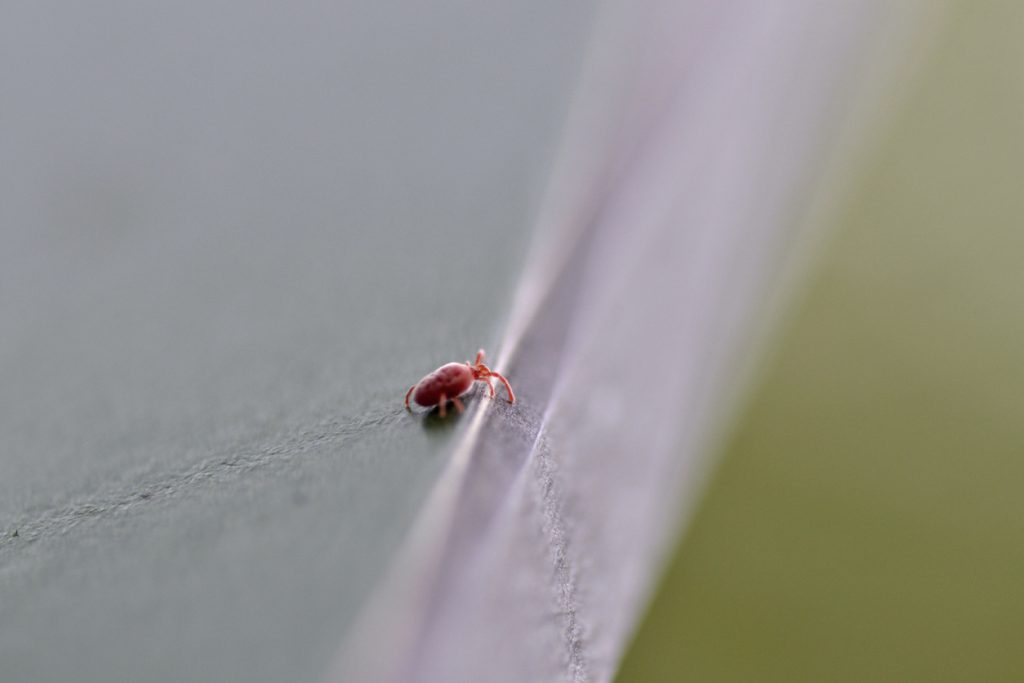 How To Remove Wood Mites Naturally

Although pesticide is the best way to get rid of wood mites, there are other options you can try. Attempting to do things in the most natural way possible is always a good thing, so pat yourself on the back.

Other Types Of Mites

If you have identified mites in your house but aren’t sure what type of mite that your house is infested with, then check out these other common mites. All can be a nuisance to you and your family, but some are more dangerous than others.

Clover mites are a lot like wood mites as they feed on plants in your home. However, they are red, green, or brown rather than brown or white. They are generally more active in the fall since that is when the green outside starts disappearing.

So if you are having random allergic reactions or allergy attacks, you may have dust mites. Consider getting a humidifier or air purifier to help along the way.

Despite their name, itch mites usually leave humans alone and prefer to feed on other insects. If you find yourself with itch mites, it’s usually because you were in contact with a lot of hay or grass and it attached to your clothing.

Since they can’t survive indoors, they aren’t a problem in the long run.

This is likely the most annoying mite because they are attracted to both pets and humans. They infect humans with a rash that is then transferred from human-to-human. This is their most distinctive feature.

As long as you don’t transmit it to anyone else, you can get rid of scabies fairly fast. They don’t live longer than twenty days. So as long as they don’t continuously lay eggs, they will be gone within a month.

Chiggers are very similar to mites due to their size. They, however, do bite and can be very annoying. They are like seed ticks that bite your ankles when you walk through tall grass. If you see multiple bites, it’s probably chiggers. 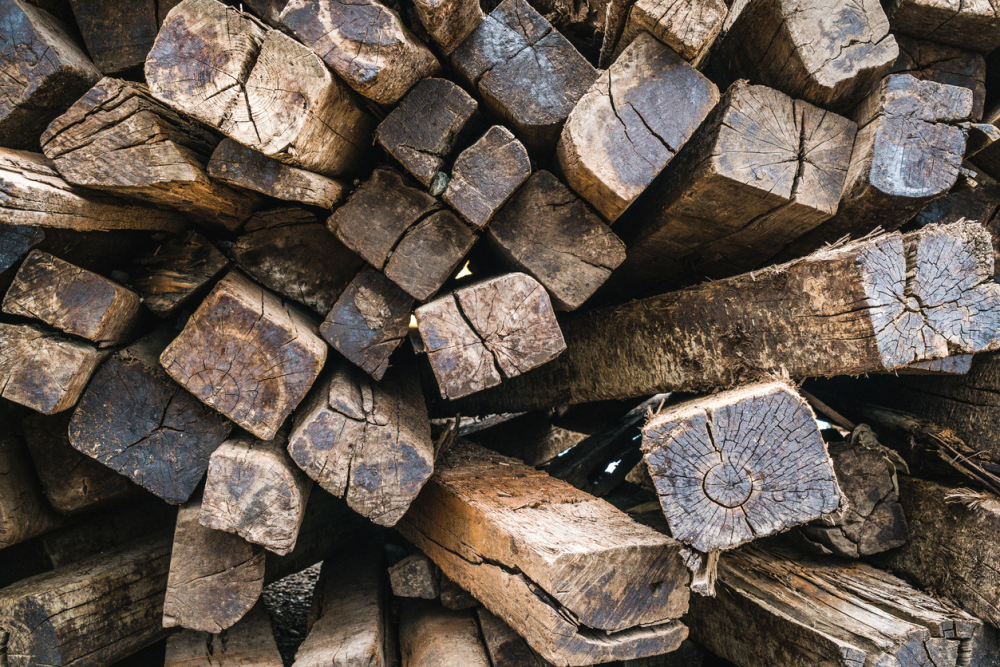 Here are the most frequently asked questions about wood mites.

In short, no. Wood mites are relatively safe to humans. They don’t bite, they aren’t poisonous, and they don’t destroy the foundation of your house. But some people are allergic to the microscopic hairs that they shed.

Aside from damp wood, there are two strange things that attract wood mites. Snakes and cigar smoke. They often gather in snake enclosures. The same goes for other reptiles that are kept in similar cages.

As for cigars, wood mites are very attracted to the humidor that cigars are kept in. So you have to be careful with them and keep them protected, checking for mites regularly.

Unlike termites, wood mites do not damage the wood. So you don’t have to worry about them breaking down foundations or eating your furniture. They are simply an annoyance but are less harmful than most insects.

Yes. This is one of the main reasons to get rid of them. Wood mites can cause major damage to plants. They eat plants so you can guarantee if you have wood mites and plants in your house, the wood mites will find the plants.

Can You Kill Wood Mites With Vinegar?

You can try. Though they are quite hearty and may need something stronger to kill them. Mixing vinegar and baking soda may work wonders on your wood mites. It isn’t a fore sure thing like pesticide is, but it’s worth a try!

The post How To Get Rid Of Wood Mites appeared first on Home Decorating Trends – Homedit.