Whether you’re building a new house or remodeling an old one, you’re here for a reason. You want to know whether the wall you are building or considering tearing down, is load-bearing. The answer may be simpler than you think.

Hiring a professional no matter where you are at in the construction process or remodeling process is recommended. However, it is most important when dealing with the structural integrity of your home, which is present when identifying load-bearing walls.

What Is A Load-Bearing Wall?

In skyscrapers, load-bearing walls are generally made of steel. Or at least the frame is. But in housing, they are made of wood, brick, or stone more often than not. This is different than a retaining wall, which bears the weight of traffic rather than structures.

Why Does It Matter If A Wall Is Load-Bearing?

But a load-bearing wall cannot simply be removed unless you are willing to risk the safety of your family. One can be removed, but only as a new one is built to replace it. This isn’t easy and needs to be done carefully.

How to Tell If A Wall Is Load-Bearing 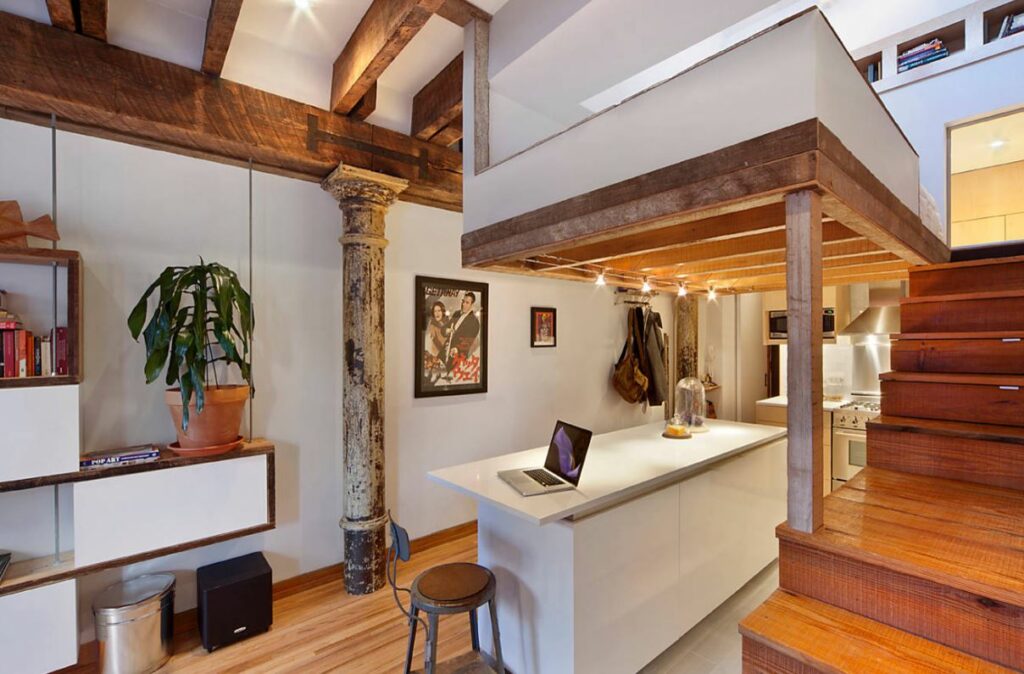 If you’re thinking about taking walls down or moving them, you probably need to know if the walls are load-bearing. There are a few different ways to find this out, and they are all ways that anyone can use.

When it comes to actually taking the wall down, it is important that you consult a professional. Even if you only consult them before getting started, it’s better than being overwhelmed with whether or not you’re keeping the structural integrity.

The first thing that you can look for is support beams. If you have a basement, this is an easy way to spot them. Any beam or pillar in the basement likely has load-bearing walls above it. But if you don’t have a basement, things are more difficult.

What you can do is see if you can find a crawlspace under your home. If there is one, then you can find support walls and beams under there that will have load-bearing walls above them. Don’t remove these walls without professional help.

Note: Most support beams are made of steel or concrete.

Now if you move on up to the first floor, you can look at the floor joists. If you have open joists then you can see them. If not, you will need to use a stud-finder to find them. Normally, joists and studs are 16-in apart.

This is because, in order to support the upper floors, the walls need to cover multiple joists rather than just run along one. If the wall only runs along one joist, it could slip, crack, or collapse. So perpendicular walls are more likely to be load-bearing.

Go To The Top

Finally, if all else fails, you can check out the exposed rafters in your attic, if you have one. You’ll have to look closely for all of the clues with this method. If there are any walls up there, then lower walls are load-bearing.

But that’s just one way to see. Because you can also determine if the walls below are load-bearing by seeing any crossover boards. If the boards don’t run all the way across the ceiling then the wall that is holding the seam up is load-bearing.

This one may seem obvious, but it’s one that many people forget to check. You see, some walls are only supported on the ends. But all load-bearing walls will reach the ceiling. So if a wall has a gap at the top, it isn’t load-bearing.

Tearing down load-bearing walls is a risky business. But building them is just as important. If you don’t have enough load-bearing walls, your house will collapse in time. You need all the support you can get. Literally.

Wouldn’t it be nice if the walls in the home you remodel were marked a different color if they were load-bearing? Well, be that act of random kindness to the future homeowner or your future self and mark those walls.

You can either write structural, LB, or even just S and most people will get the picture. If you’re feeling generous, use a highlighter to mark an X and write “load-bearing wall” with a Sharpie. If you make mistakes, check out this Sharpie on wood guide.

Start At The Bottom

Putting a load-bearing wall on the first floor with nothing to support it below is pointless. It’s imperative that you start at the foundation. You need to make sure there are support beams below the wood foundation.

The beams can be made out of concrete or steel, but they need to be planned before construction begins. Otherwise, someone will have to crawl under the house afterward and it will be ten times more difficult.

You need a contractor and architect for this part of designing your home. You can add sheetrock, put up non-load-bearing partitions, and paint on your own. Now, you can even install electrical outlets if you have experience with them.

However, winging it on structural support never turns out well. So if you spend money on something, let it be this.

How To Build A Partition

This building method works both for load-bearing walls above the sublevel, and on partitions that are non-load-bearing. This is actually one of the easiest steps of building a house and is a great thing to practice with beginners.

The first thing you should do is measure the space where the wall will go. Remember that if a door will be in the wall, you need to keep the top board solid while accommodating for the door with partial studs.

You will need two horizontal boards that run the length of the space you measured. Measure the space and the boards at least twice before cutting. Then measure the mark you made. Then, finally cut the two boards.

Each board will need to be the same length. It’s important to remember to take out three inches for the 2x4s on top and bottom. So if your ceiling is 70″ then cut the studs to be 67″ to accommodate them.

After all the boards are cut, screw the two end boards on. This will ensure that you don’t leave an overhang. You can place the boards where they should go and leave them while you screw the others in.

Use two screws for each end of each board, so four screws per board. It’s important everything is flush or else you won’t be able to screw anything else in, including drywall, properly. Take your time and do things right.

Build the wall while it is laying down on the floor where it should go when you’re done. When you finish screwing all of the boards in, then you can begin putting the wall up. You’ll need at least two people.

When it is in place, use a rubber mallet to make sure that it is level. Hold the level on each side and hammer the wall with a mallet until it is in place. Do so slowly and easily so you don’t break any of the boards.

The post How To Tell If A Wall Is Load-Bearing appeared first on Home Decorating Trends – Homedit.