We’ve already covered a Victorian bathroom, so it’s time to get into a Victorian kitchen, and how it differs from other kitchen styles. You may be surprised to find out exactly what a kitchen was like during this age.

What Is Victorian Design Style?

All design eras feature aspects from the previous design style. It isn’t a black and white scene, it’s transitional that the next era will build upon. We’ll talk more about that next era later. Right now, we’re in Victorian style alone.

While Victorian kitchens follow different rules, these are things you’d see in generic Victorian homes: marble, wallpaper, intricate designs, and opulent colors. This is what you may imagine in a Victorian bathroom, but that is far from fact.

Keep in mind that although we view Victorian kitchens as an aesthetic, people during those times saw kitchens as purely utilitarian. In the late 1800s and early 1900s, kitchens were still separated from the rest of the house.

If you don’t know what utilitarian design is, here’s a brief overview. Utilitarian designs focus on utility and how everything is used. If it doesn’t have a use, it isn’t included. This isn’t to be confused with utilitarianism in politics.

In design style, utilitarian is similar to minimalistic. Although in history, it was forced whereas in modern-day times it is a choice brought on by the hope of reducing stress. But in the Victorian era, it was just the way it was in kitchens.

You see, pre-WWI, servants were widely used in the United States and Europe. Cooks and scullery maids worked closed away in the kitchen and guests didn’t step foot in there. So, appearance meant little to nothing.

Bedrooms, parlors, and foyers were more attractive to guests and focused on. Kitchens were utilitarian. But that doesn’t mean we can’t romanticize the era and our kitchens today. We should make every room appeal to ourselves, the homeowners.

While you can go purely off of looks and aesthetics, Victorian kitchens had their owns et of components that completed them. Here is a list of items you can use to take your kitchen back to the Victorian age.

Iceboxes were known as the first refrigerators. They were invented by an American farmer and cabinetmaker named Thomas Moore in 1802 and used as the primary source for keeping food fresh for over 150 years.

In fact, Thomas Moore invented the the word refrigerator, although most people called them iceboxes. To this day, older people will refer to fridges as iceboxes, despite them running on electricity.

A typical Victorian icebox was made of oak with tin or zinc shelving and door lining. The metal was a good conductor while the oak kept it insulated. If ice was available, ice would be placed in the icebox.

Hoosier cabinets were quite popular in the early 1900s. They were a luxury item that would replace most kitchen cabinets. They consisted of lower cabinets, a bar for prepping food, and an upper cabinet.

The upper cabinet had a flour mill and spice rack. Similar cabinets were hutches, pie safes, and Welsh dressers. China cabinets weren’t popular yet in kitchens as they were primarily for displaying dishes.

A wood cookstove was the primary cooking unit in the Victorian age. Cookstoves were either fueled by charcoal or wood. The bread was baked in a compartment within the stove while soups were cooked on top.

If you only add one item to your Victorian kitchen, let it be a cookstove. They make a huge impact and don’t even need to be operating in order to have an impact. If you do hook them up and vent them, have a professional do so.

Historic tile or real wood floors are the two most authentic Victorian kitchen floors. Find tile inspired by the late 1800s for the most authentic floor. Or, get laminate that looks like real wood for the cheapest option.

Stray away from geometric designs or linoluem floor. They are far too modern for a Victorian kitchen and will take away from the integrity the other items are building on.

A butcher block is an authentic and homey piece of furniture used as a countertop. Homes in the 1800s and early 1900s often featured butcher blocks in their kitchens. They are made of wood and usually have square tops.

Top your butcher block with a dough bowl, not to be confused with a bread bowl as you’d see at Panera Bread. A dough bowl was used to knead the dough and is a cheap addition to any Victorian kitchen. 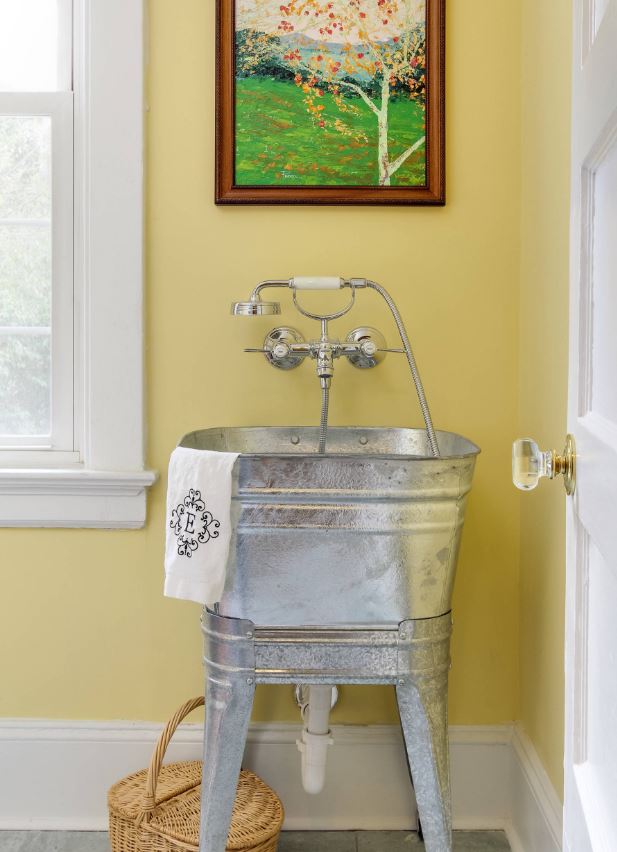 In the Victorian era, indoor plumbing still wasn’t very common. Many people still had wood sinks, with ads offering upgrades in the paper. By the 1900s, most sinks were attached to the walls, which was an upgrade from the bowl and basin sinks.

“If your kitchen sink is worn out, [that is, your old wooden sink] replace it with a steel or graniteware sink. They are clean and sanitary. Our price is right.” The Toronto Star advertised in 1902. Yes, before this time, most people had wooden sinks!

You can add authentic touches to your Victorian kitchen even if they aren’t functional. A phone from the 1920s (though after the Victorian age) can make your kitchen look high-end, while a calendar from the late 1800s can give it a homey feel.

You can shop flea markets and trade markets for items from that era. Most of it will be expensive, but it is possible to find small touches, like dishes, that are affordable. Or go all out and splurge on a completely authentic kitchen.

Wainscoting was popular in the Victorian age. It could hide items behind it if removable. Or, it could offer a fireproof or waterproof shield behind stoves and sinks. Adding paneling to the bottom half of your walls can add authenticity.

Search for “wainscot paneling” when shopping for the correct type of paneling. It usually has grooves in the shape of rectangles or squares and is almost always brown or white. This is what you’re looking for.

Just because the Victorian era was during the late 1800s and early 1900s, doesn’t mean there weren’t any other eras during this time. In rural areas, the farmhouse look was quite popular, and not by choice.

Most “Victorian” kitchens were found in wealthy city homes. Those in the country were heavily wooded and more akin to kitchens seen on Little House On The Prairie. These kitchens were very small and run by the homeowner, not servants.

For this reason, they weren’t kept away but were open-concept. The dining room wasn’t separate and there were rarely parlors foyers. Most true Victorian kitchens were owned by the wealthy and are now considered a style rather than an era.

The Next Age In Interior Design 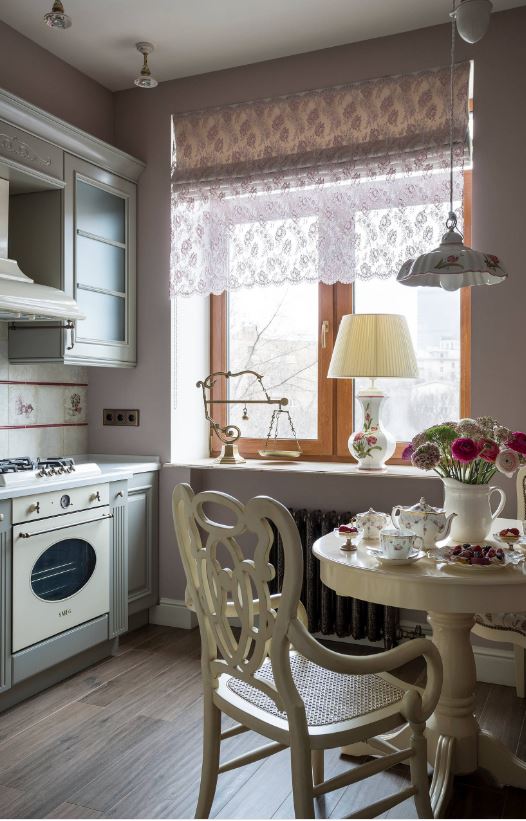 As far as interior design is concerned, the Victorian era ended with the emergence of the First World War. After the war, a new era emerged, which focused on art deco, artisan, and arts & crafts.

During this age between the First World War and the Great Depression, modern art as we know it was invented. The design styles became more akin to what we know today. It was a lively time during the Roaring 20s.

This is why the Victorian era is so popular. Because it was before the changes took place and we can really have a peek into what life was like before artisan styles took over. Before eclectic designs became all the rage.

Both eras are inspiring and equally alluring. If you like the Victorian style but feel it’s too dated, consider looking into the next age. It is much easier to incorporate modern-day appliances into this age, after all.

No matter what design style you choose, find what works for you. Look at pictures of authentic kitchens and which ones speak to you. After all, when it comes to personal design style, there are no rules. Mix and match until you find your own fit.